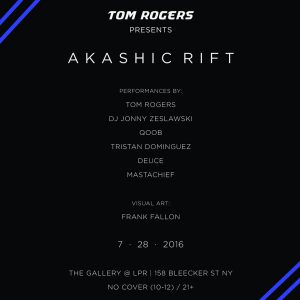 On July 28th, Akashic Rift returns for a night of atmospheric, cerebral electronic sounds and visual art. For July, we’re focusing on more melodic, underground tones as we progress through trance over the course of the night.

The akashic records are believed to be a celestial membrane which surrounds the planet — containing all information that has ever existed. Great leaders, meditation practitioners, and mystics are said to be able to access information from this field.

Join us to remember the underlying core of electronic music with…

Jonny’s early musical influences were from from his Dad playing the likes of Jean Michel Jarre, Depeche Mode and Pet Shop Boys in the late 80’s/early 90’s.

Music became a huge part of his life and after the Dance Mania craze of ’95 in the UK, he was hooked! As Trance became huge towards the start of ’99. Jonny became heavily influenced by the likes of Ferry Corsten, Paul van Dyk and Armin van Burren.

Using his Dad’s old record deck, another he got from his cousin and a cheap 2-channel mixer, he started DJing in his bedroom using a small selection of records. Early favourites included Fragma – Toca Me (InPetto Mix), Atlantis vs Avatar – Fiji (Lange Remix) and System F – Out of the Blue.

As soon as he was old enough (uh, hmm…) he’d be seen at GodsKitchen most Fridays and PaSSion most Saturdays, listening the the biggest DJs and observing their skills in the booth. Jonny started DJing at pubs, small venues, house parties, birthdays and even weddings; anywhere to get more experience. One of his personal highlights being playing a Trance Classics Set in a 15th Century castle in England – at a wedding! Even the bride had glo-sticks…

Jonny moved to New York in 2015 and his musical style has developed further based on the thriving music scene in Brooklyn and Manhattan. He’d likely describe his style as “anything melodic, with cool beats, driving basslines and awesome riffs that makes people smile and move! I’d say I’m into everything covering Techy-Deep-Progressive-Melodic-Trance, but I’ll always tend towards 138!”

After a few years putting music on the backburner and playing at house parties with friends at his apartment in Brooklyn, he’s back and you can catch him across New York this summer, performing for Akashic Rift and Inoki Party.

If you’re into Social Media, you can follow Jonny across the usual places:

And you can stay up to date with mixes, tracks and re-posts of tracks he likes at:

The international duo debuted the qoob moniker in 2013. Kirill Andreev & Eugene Maltsev – the two producers from Russia which make up the qoob duo – have very diverse musical interests, and it certainly shows in the variety of music which comes out of their studio.

A look over their discography shows some melodic techno-inspired creations as well as more traditional progressive house. Techy frameworks to proggy rhythms and subtle melodic themes — there is a lot to like here. The trippy nature of their sound is perfect for today’s contemporary progressive house scene. Their crossover sound is always a welcome addition to any project. Their gorgeous tracks make them one of the best production duos in the underground.

For over a decade Tristan Dominguez has been lighting up dance floors in New York City with his unique brand of deep funky rhythms and lush beautiful soundscapes. His expertly curated DJ sets have been featured in many of the best venues of the underground scene such as TBA, Verboten, and Sullivan Room. In the tradition of his DJ heroes, Tristan’s music takes one on a journey through the most exciting and innovative dance music of the moment, filtered through his particular sensibilities.

Deuce, hailing from NYC, has been fortunate enough to play at some of the most prominent venues in the Big Apple. Most notably, he has played at National Underground (RIP), Sullivan Room (RIP), Verboten (RIP), TBA Brooklyn, and a number of after hours locations throughout the five boroughs. He has been blessed with the opportunity to open for some massive artists such as Zombie Disco Squad, J. Phlip, and Justin Martin. His musical journey began during High School in Texas, playing guitar and bass, and he’s never looked back. His influences cover the entire spectrum of genres and nothing is taboo, but it’s apparent that House Music is truly his love and passion. Keep your eyes and ears peeled for big things in 2016 from Deuce.

At 5:02am on June 27th, 1992, The Voyce of NYC was born. Voyce DeSouza aka MastaChief was born and raised in New York City. Just as everyone else involved with any kind of art, his calling found him early on in his lifetime. With a name like Voyce the fact that he would inherit a love for spoken word could be considered cliche. Chief took to the microphone in 2006 with a fury that allowed him to share stages with prolific MCs such as Professor Griff (of Public Enemy), Treach (of Naughty By Nature), Easy AD (of Cold Crush Brothers), Chubb Rock, Just Ice, NYOil (formerly Kool Kim of The U.M.C.’s), Hakim Green (of Channel Live), The Black Dot, Hasan Salaam, Rebel Diaz, SpiritChild, Division X, P.E.M.G. and the list goes on.

In the summer of 2010 he was introduced to the Rave Culture by Michael Moscoso aka Michael Phase. Michael offered the tips and tricks needed to understand what it was to perform to an Electronic Music audience and was the first artist that believed in his ability, allowing them to share numerous stages together. Chief, while still remaining loyal to his roots began to venture out on his own as a separate entity, developing an on-stage energy and aggression that could be rivaled by none. This allowed him to host numerous events on the east coast and to rock the mic behind renowned artists such as Scot Project, Lisa Lashes, Filo & Peri, Electrixx, Christopher Lawrence, DJ Dan, HeavyGrinder, DJ Funk, Tommie Sunshine, Frankie Bones, Lenny Dee, Heather Heart, Dank, plus many more and many more will continue to come.

Recognizing that the duty of an MC is to back up what the DJ is doing has kept his style beneath the “annoying” sound the many others can produce. His ability to adapt to any situation (mixing style, genre, technical difficulties, crowd energy, stage set-up, etc.) separates his stage presence. The biggest asset that he has is the desire to not move the crowd but rather to move WITH the crowd; reading their vibe and acting accordingly. With many screams and hands in the air under his belt and many more tricks and surprises up his sleeve, MastaChief comes with the promise that enhancing the experience of any stage will happen with ease.

Raised on fine arts and Garbage Pail Kids, Frank B. Fallon is an artist and graphic designer based in NYC. He’s a published illustrator for various publications, and seasoned designer and photo retoucher for companies such as Pepsi, Snapple, and Toys R Us, and is currently working on a graphic novel based on some crazy dreams he’s had. 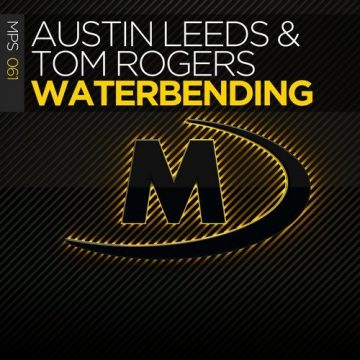