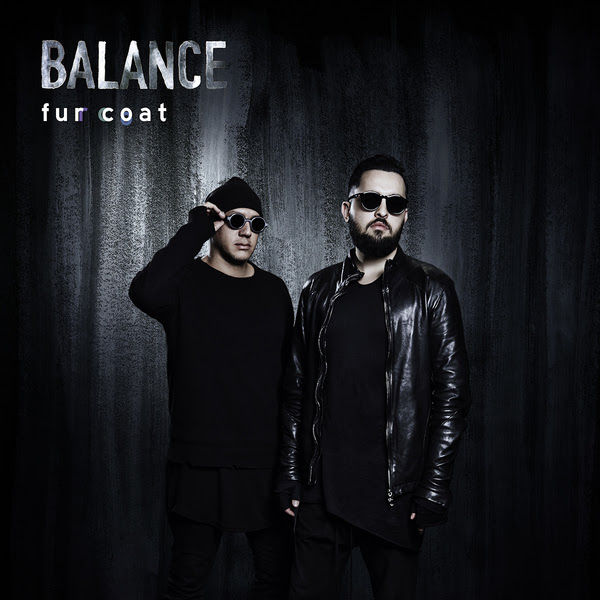 However you choose to describe riveting Venezuelan-born, Barcelona-based duo Fur Coat’s style, there’s no denying that theirs is very much the sound of now. Fusing bold, dramatic synth lines with heady atmospherics and rhythms that seamlessly blend the organic and electronic, they have won fans far and wide with their releases on Crosstown Rebels, Hot Creations, Culprit, Get Physical, My Favorite Robot and BPitch Control. Debuting at #66 in Resident Advisor’s Top 100 DJs Poll last year, they are an ever-growing force to be reckoned with.
Their mix for Balance is their first official compilation. “We had a very clear idea of what we wanted to do”, they say of their game plan. “We wanted a timeless mix that you can put in your car, listen at home, or any place that you want, having a story being told in an hour or so. It’s that kind of music that has no expiry date. We mixed the compilation live in Barcelona, at Israel’s house, with TRAKTOR and an Allen and Heath mixer. We really wanted to have that DJ feeling, the actual feeling of it being mix; not just dropping the tracks on Ableton and mapping automations.”
We begin in deep and mysterious fashion with the throbbing beats of Mathew Jonson and The Mole and the spooky afro-tech of Masomenos, before Patlac’s soaring riffs deliver the first inklings of what’s to come. Âme’s classic Akabu remix sends the mix into spine-tingling overdrive, with Chardronnet vs Afrilounge in hot pursuit, injecting deep techno rhythms and textures into the proceedings. Francesca Lombardo’s “Perseidi” plunges us into a more hypnotic place, teeing up Radio Slave’s incessant Tokyo Black Star remix and more introspective, subtle material from Cesare vs Disorder and Luke Slater.
Efdemin’s remix of Simon Flower’s Phosphenes continues this delve into the deepest reaches of Fur Coat’s record box – all throbbing low end and mind-bending slivers of sound. Fur Coat’s exclusive “Monday” – made especially for this compilation – brings the mix out of its depths next with bold lead lines, twinkling arps and plump bass toms. Agoria’s haunting Metronomy remix increases the tension, segueing into the mesmerising melodies of Fur Coat’s now-classic U Turn.
The grunting synths of Roman Flügel’s “OTH” provide some relief from the tense feel, before Malandra Jr’s “Infinity” brings back the brooding feel. DJ Koze’s “Mariposa” provides the perfect foil to its predecessor, maintaining a sense of majesty while bringing the energy down to a simmering level. Barnt’s tough-edged, industrious remix of Michael Mayer’s “Voigt Kampff Test” brings the mix to a rousing close with an eerie melody and swathes of fizzing white noise.
“We hope that people look back as one of their favorite Balance mixes”, say the duo. “Something they want to still keep on playing, no matter when the music is from. Just one of those mixes it’s always great to play.” They have truly succeeded in their goal, creating a very cohesive listen that at once manages to sound both contemporary and classic.