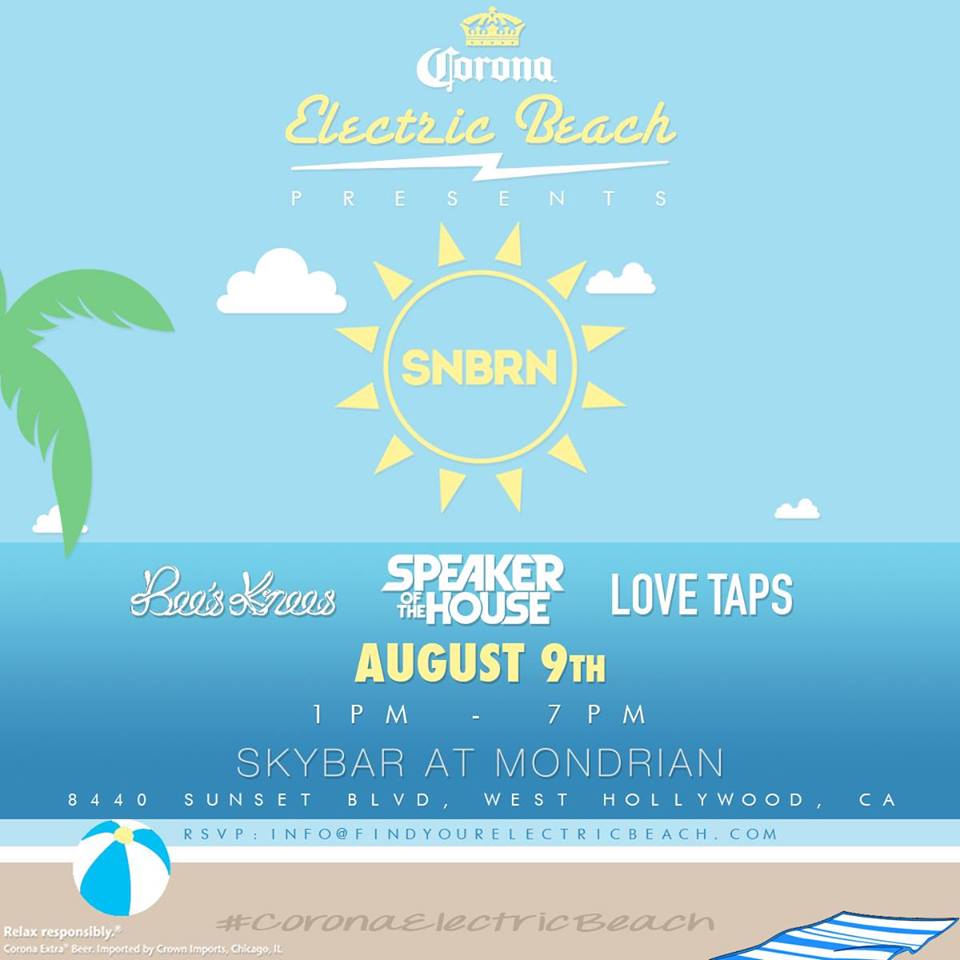 With only a handful Sunday Fundays left this month, Electric Beach at Skybar last Aug. 09, hosted by Corona, did not fall short of delivering some of the most beautiful views and summer vibes anybody could ask for. Nestled in the heart of the City of Angels, Skybar lived up to its name: it is a bar on top of Mondrian hotel whose elevation is high enough to see the incredible skyline of LA.
Right off the bat, I was met with a crowd that was evidently eager to savor the last moments of summer.  A couple steps past security, I was welcomed by two gorgeous Corona Promo girls who readily put Hawaiian leis around my friends and I… Now THAT’S how you know it’s a going to be an epic pool party. 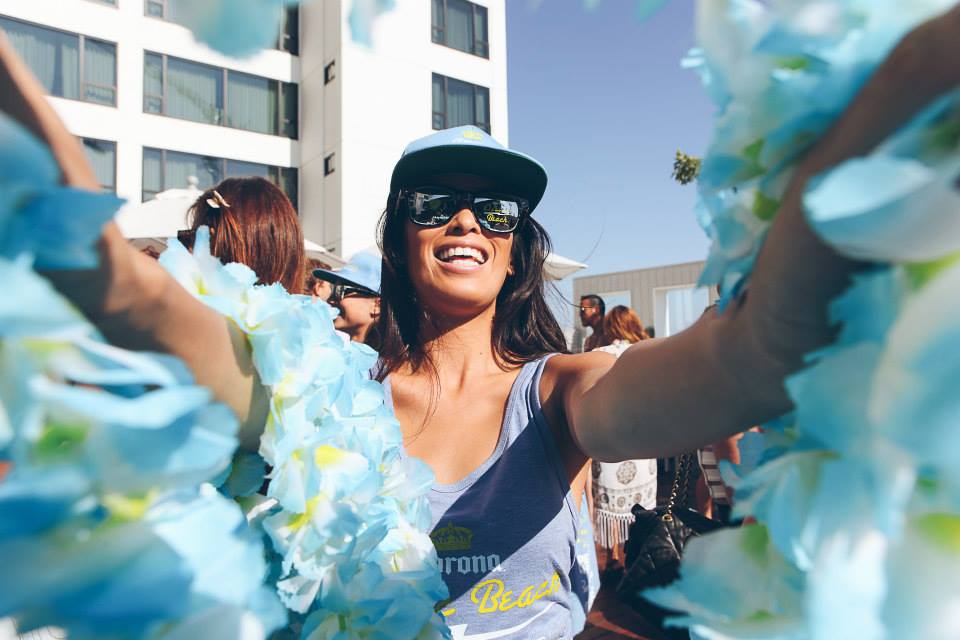 As I looked around the bar, I couldn’t help but notice the perfect layout of the multi-leveled venue. The lower level served as the dance floor, with the DJ booth tucked neatly under an overhang. A short flight of steps led to an open pool deck surrounded by chaise lounge chairs and daybeds. On the far left of this second level, stood a temporary bar to help with the flow of foot traffic – it got pretty crowded by the time 3 o’clock rolled around. If you’re facing the north side of the pool, you can’t miss the large panel of glass windows that offer a perfect bird’s eye view of Hollywood. This was easily my favorite spot at Skybar, aside from the dance floor, of course. Directly across from the windows was the main bar atop of some stairs, which again, helped with a smoother flow of traffic. (I wanted to emphasize this because nothing’s more annoying than constantly having to dodge people). And lastly, there were trees that provided ample of shade, overgrown vines that hung on the sides of the walls, and some potted plants that only added to the aesthetics of this already wonderful oasis on Sunset Boulevard. 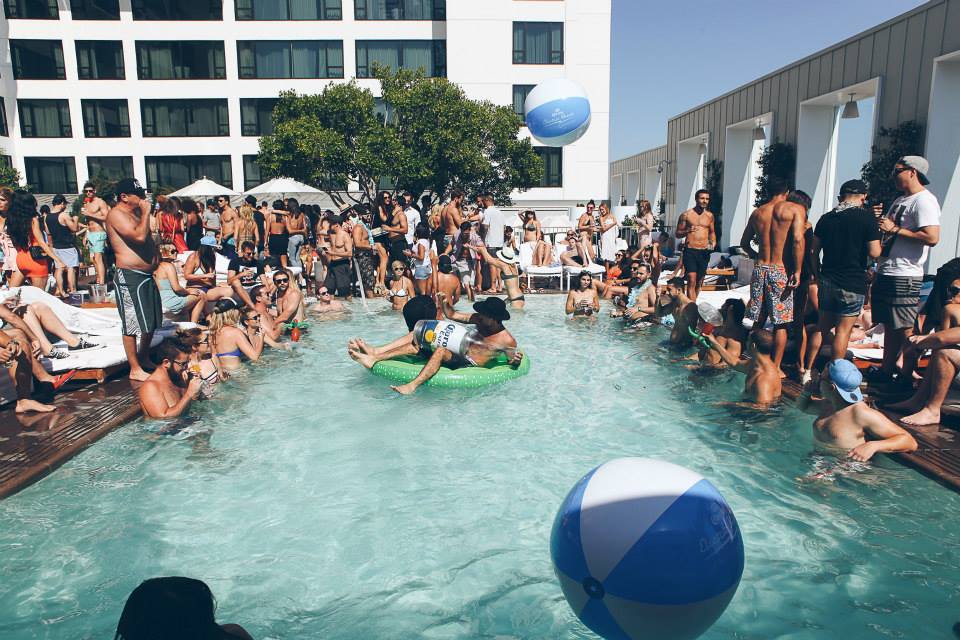 On the roster were LOVE TAPS, Bee’s Knees, Speaker of the House and SNBRN. These up and coming producers played the perfect soundtrack to a summer that’s fading fast. Each and one of them had an unmistakable chill, groovy vibe. I was pleased with my decision to have arrived as early as I did, allowing me to catch the last half of Bee’s Knees set. I discovered them in Soundcloud only a couple of months ago; so naturally, I had to make the trip to LA from SD after seeing them on the lineup. Slowly but surely, the duo lured people onto the dance floor with some original tracks from the “Variety Pack” EP they just released under Kill Paris’ record label, Sexy Electric. “Fidoober,” a personal favorite, features an exciting combination of melodic house and future bass. The elements of this song, much like their set, kept me grooving from start to finish. 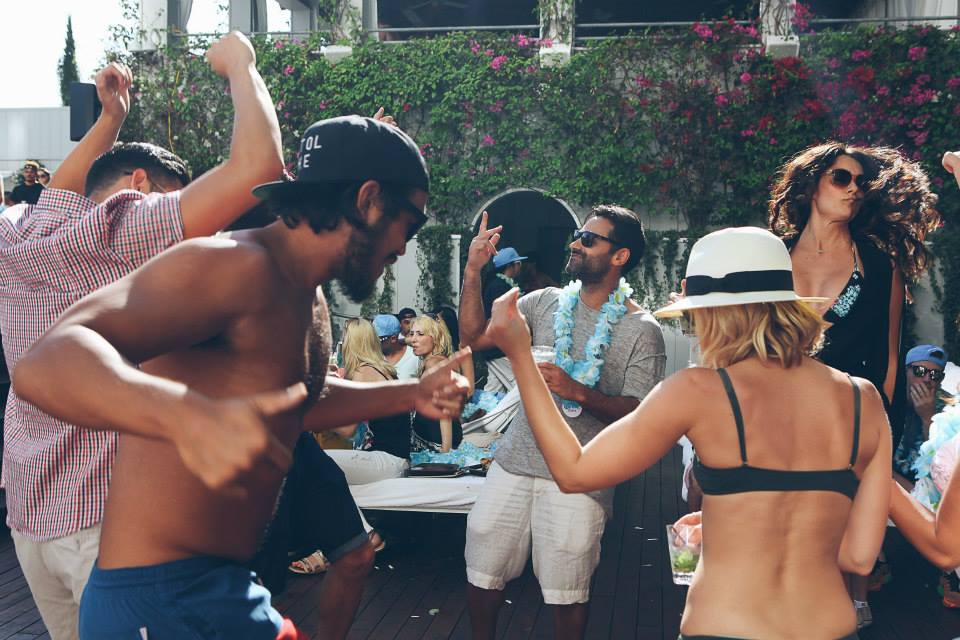 Speaker of the House followed the Future funk duo with some more tropical and deep house vibes. With the warm summer breeze and drink in hand, I couldn’t help but channel Peter Griffin riding dolphins… ESPECIALLY when Speaker of the House dropped his remix of “Last Day on Earth” by Dada Life. If you didn’t get that reference, you must see for yourself. Need I say more? As a journalist, I’m always looking for new music and artists to listen to repeatedly (in unhealthy amounts) until I am compelled to find more. This particular remix of “Last Night on Earth” makes for a promising start. I’m curious to see what originals and collabs Speaker of the House has in store for us! 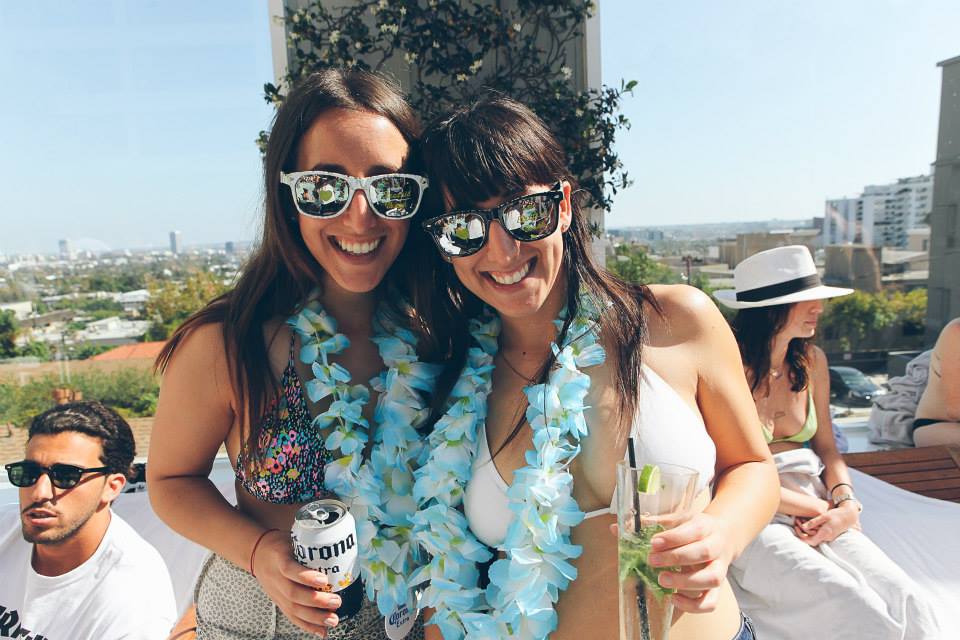 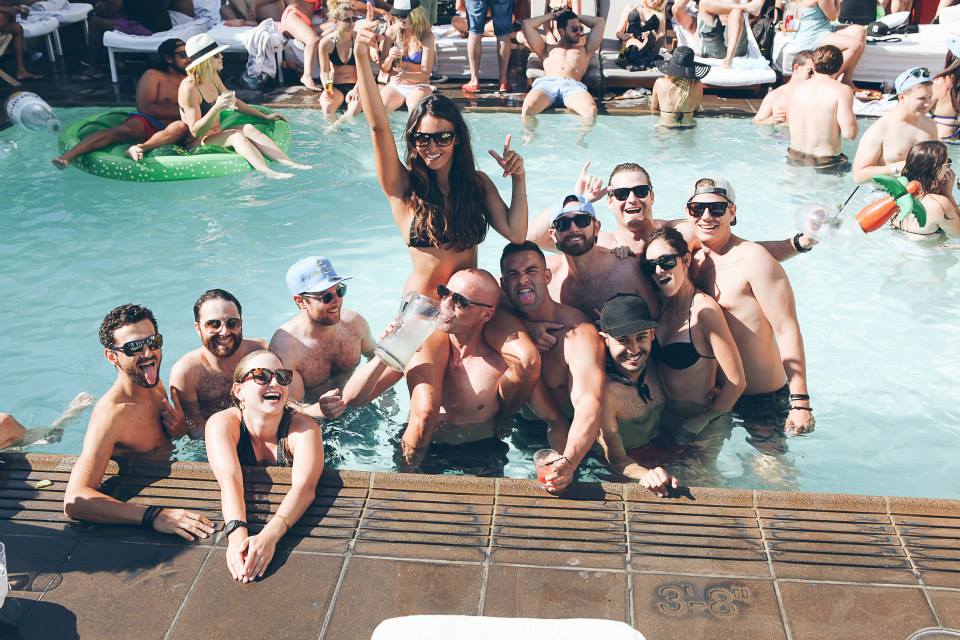 Last but not the least, SNRBN came out to close out Electric Beach strong. I mean, you can’t expect to attend a pool party without getting SNBRNT, right? It was earlier this year in March when I first started listening to him. I saw him play at a small bar called Empire Control Room in Austin, TX. Since then, I’ve had the pleasure of witnessing both his music and fan base grow exponentially. (Follow this link for my previous article on SNBRN: http://beatcue.com/snrbn-at-stereolive-houston-tx/). I have nothing but praises for this LA star; but nonetheless, I was a little apprehensive at first that he was going to play a familar set. Oh, but I was blissfully proven wrong. Ending his five month tour and fresh off Lollapalooza, I was happy to be unable to ID half of his track list. The dance floor filled up quickly and stayed that way until the sundown. He played a healthy amount his deep house / nu disco material sprinkled with some gems like R. Kelly’s “Ignition (Remix)” and Sublime’s “What I Got.” You could imagine how everybody in Skybar broke out into a singing frenzy. And let’s not forget “Corona and Lime” bit in the end. Cliche? Yes. But how can you NOT play the Shwayze summer classic… at a Corona party? SNBRN, I’ll be your main squeeze any day. 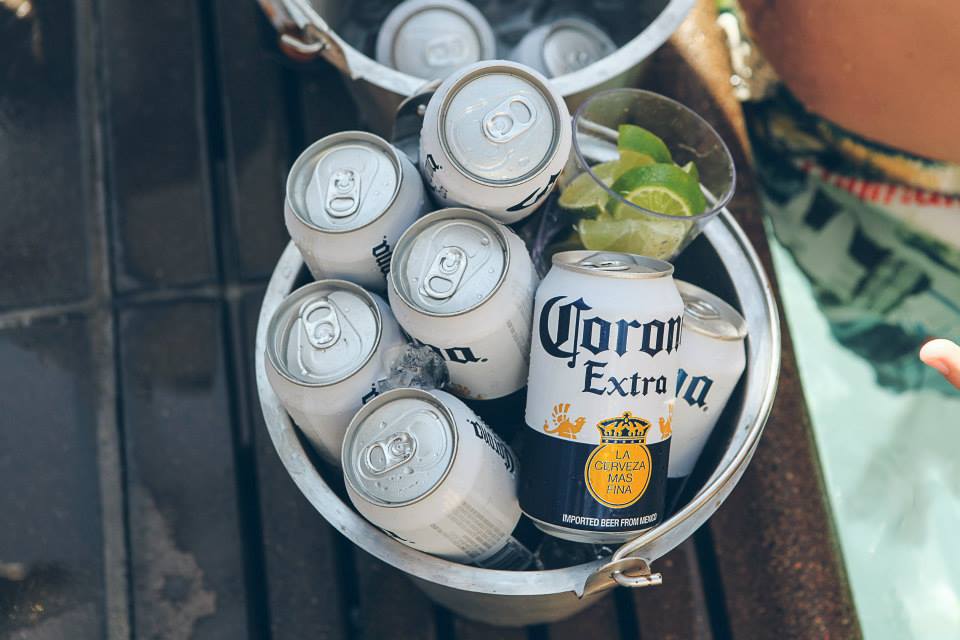 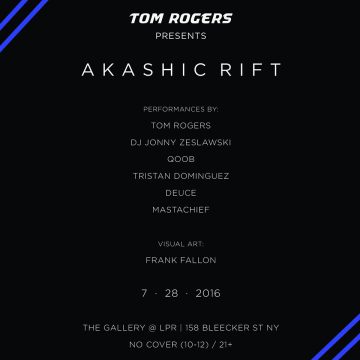 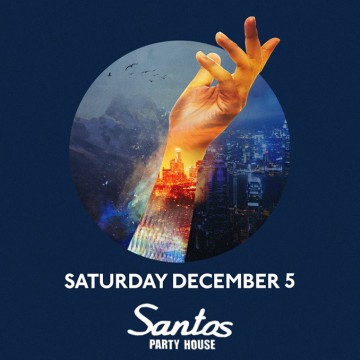