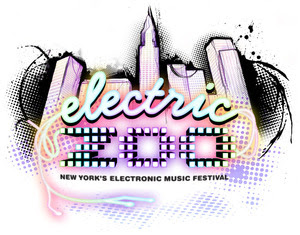 Electric Zoo Launches “Come To Life” Campaign Encouraging
the Safe and Smart Enjoyment of Music, Lights and Crowds
Emmy Award-winning Creator of TV Series “Dexter,” James Manos, Jr.,
Writes and Directs Video Short Created To Discourage Drug Use
NEW YORK, NY (August 4, 2014) — Made Event, the promoters of electronic dance music (EDM) concerts, including one of the world’s most popular three-day EDM festivals, Electric Zoo, today announced the launch of its “Come To Life” communications micro-campaign. The campaign encourages attendees to organically enjoy the amazing sensations produced by one-of-a-kind light shows, the best electronic dance music and the incredible energy of the crowds.
At the heart of the campaign is the message that concertgoers don’t need to do drugs—particularly MDMA, often referred to as Molly or Ecstasy—to enjoy the festival. The campaign is intended to make fans think about the potential negative consequences of “dropping” Molly and to avoid those risks.
“Our message to concertgoers is simple: The Electric Zoo experience is exceptional and worth being present for,” Made Event founders, Laura De Palma and Mike Bindra, said in a joint statement. “Molly can cause you to not only miss the moment, alienate your friends and have an overall adverse and unpleasant experience…but can also make you sick and can even be fatal. Fans will experience how great it is to ‘Come To Life’ at our concerts from lights, sounds and crowds,” the statement continued.
The centerpiece of the campaign is a two-minute video called “The Molly” which all concertgoers must view in order to validate their wristbands to gain entrance into the Electric Zoo festival, to be held August 29-31 at Randall’s Island Park in New York City. Emmy Award-winning writer and creator of the TV series Dexter, James Manos, Jr., created, wrote and directed the video alongside his 19-year old daughter, Ellie Manos. “Ellie represents the target audience and she’s been to EDM concerts and seen the behavior of her peers on Molly. She was the perfect partner to help me write the spot,” the elder Manos said. “This is a really interesting and volatile time of life for teens and young adults, and I was up for the challenge of crafting the right tone, manner and overall approach to creating a PSA that would have a net positive influence in their behavior and lives, in an entertaining and authentic way,” Manos added.
Many EDM concertgoers who take the drug believe that it will enhance their concert experience—at various concerts throughout the world, this has resulted in serious health emergencies and even death. Made Event believes the “Come To Life” campaign will help its younger fans (18-to-24 year olds) make responsible choices when it comes to having a good time and making decisions about drug use at Electric Zoo and other events.
“The Molly” video will be available for general public viewing the week of August 4, 2014, when the “Come To Life” campaign officially launches. The campaign includes a digital and social media communications effort in partnership with the festival headliners who will tweet messages aligning with the umbrella campaign.
“The Molly”
Shortform Entertainment/PSA Video
Strategic Objective: Drug Discouragement
Video Link: TBD
Running Time: 2:05 Minutes
Client: EZ Festivals, LLC (Electric Zoo)
Advertising Agency: PLUM Agency
Executive Creative Director: Taso Mouhteros (PLUM Co-founder)
Producers: Taso Mouhteros and Sung W. Lee (PLUM Co-founders)
Writers: James Manos, Jr. and Ellie Manos
Director: James Manos, Jr.
Director of Photography: Anastas Michos
Account Lead: Brian Mulhern
Edit, Sound, VFX: Harbor Pictures
Music: “Gajah” by Burgundy’s Martin Volt and Quentin State—TRICE Recordings
About Made Event
Made Event, founded by Mike Bindra and Laura De Palma, are the premiere producers of electronic music events and creators of the Electric Zoo Festival. They stand at the vanguard of their field due to the world-renowned caliber of entertainment and expert production values they bring into a variety of distinctive and innovative venues. Established in 2009, the internationally renowned Electric Zoo Festival is New York City’s largest music festival, with more than 100,000 attendees and features the top names in electronic music, bringing a wide variety of acts from around the world and across the spectrum of electronic music’s various sub-genres. A new edition of Electric Zoo took place in Mexico City in May 2014. With over 20 years of combined experience, and nearly 500 events produced in New York City, Miami and elsewhere, Made Event continues to set the bar for quality electronic music events. It is also a regular contributor to New York-based art and culture charities. In November 2013, Made Event & Electric Zoo became part of the SFX network of companies focused on electronic music culture. For more info, please go towww.MadeEvent.com.
About PLUM Agency
PLUM Agency is a full-service advertising and marketing communications agency that was founded in 2000 and is based in lower Manhattan. PLUM has developed a specialty delivering integrated entertainment for brands that is a part of any 360 degree marketing mix—our marketers partner with A-list entertainment creatives and professionals to deliver brand entertainment designed to revitalize brands and meet marketing objectives. We’ve worked with partners including LG, Disney, Royal Caribbean Cruise, 2010 Census, Marine Corps Special Ops, Daiichi Sankyo, City of New York, State of NY, Merck, SUNY and more. For more info, please go to plumagency.com.
For more info, please go to www.electriczoofestival.com.