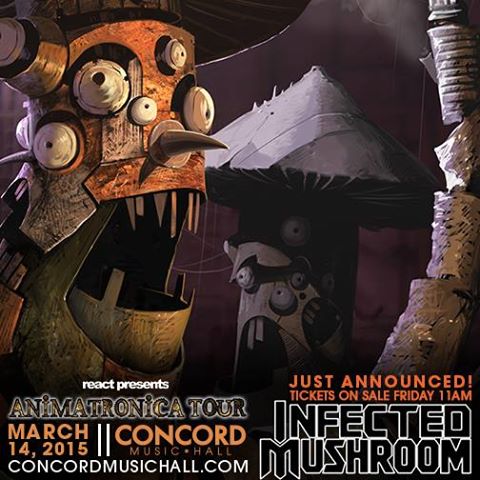 Pioneers of psytrance, Infected Mushroom is a group that needs no introduction. One of the biggest names in electronic music, Infected Mushroom has been performing at top venues around the globe for years. After hearing the buzz about their Animatronica tour, I was excited to finally see these legends perform live at Concord Music Hall in Chicago, courtesy of React.

Au5, one of the more popular young talents in electronic music was on opening duties. Au5 has seen major success, releasing several originals and remixes on popular labels like Monstercat and OWSLA. Playing heavy drops from start to finish, Au5’s set would have made any bass lover happy. Mixing between dubstep, drum and bass, electro, and everything in-between, Au5 kept the folks in the room on their toes. Throughout his set, Au5 was very animated behind the decks, waving his arms to pump up the crowd during the buildups.

After Au5’s thrilling opening set, there was a brief intermission and the stage was covered with a huge black screen. Despite the brief moment of downtime, the crowd was brimming with anticipation. Suddenly, from behind the black screen, lights began flashing and there was a huge wave of sound signifying the beginning of the main act. The sound of cheering filled the room as the screen lifted, revealing the members of Infected Mushroom, going nuts on their instruments. On top of that, there was something else on the stage: a giant robotic mushroom complete with moving tentacles and laser eyes. It was certainly one of the strangest things I’ve seen on stage, and I loved it! I had seen the infamous mushroom in videos, but it was a completely different experience seeing it in person.

As Infected Mushroom played their first tune, the sound of drums, guitar and keyboards whipped the crowd into a frenzy. Amit Duvdevani grabbed the microphone, and began singing to pump the crowd up. Meanwhile, the giant mushroom pulsated and spewed lasers into the crowd. Hard, pounding beats and exciting breakdowns dominated their performance. Amit and the guitarist performed with tons of energy throughout the night. Whether he was singing or just dancing, Amit never stopped moving. The rest of the group as well as the crowd seemed to feed off of his energy.

Infected Mushroom played a mix of new and old material throughout the night. One of the high points of their performance was “The Pretender.” One of their more popular songs of recent, many of the fans recognized this one and began cheering as well as singing along with Amit. The live instruments added another dimension to the performance. It was so much more than just watching a DJ spinning on stage. All of the musicians were completely in the moment and the crowd felt their love and passion for the music that they were playing.

When they finished their set, the crowd wanted more. After the band members left the stage, the crowd began chanting. A few minutes later, they took to the stage once more for an encore. This wasn’t your standard encore where the band plays one tune then leaves. Instead, Infected Mushroom played another 20 minutes!

Infected Mushroom put on a great show that night. The atmosphere felt like a rock concert combined with a high quality club event. Their high-energy performance seemed to entrance everyone in the room, showing why they are one of the top acts in EDM. I will definitely by catching Infected Mushroom the next time they swing into town! 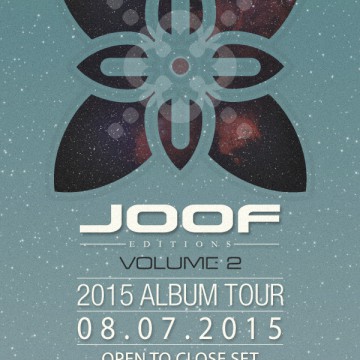 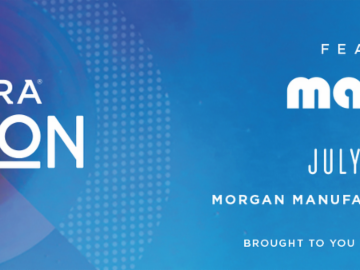