It’s been three years since I fully immersed myself in the New York City trance scene– with a serendipitous introduction to some of my closest friends to date, I was accepted into the family of fans, producers, and DJs that have haunted these events with me. Some have trickled away from the scene, but there are some nights that still bring everyone together to celebrate the music– last Friday, January 30th, was one of these nights. Eco was billed for an open to close set with some of the best in local NYC DJs– Gabriel Torres, Rory James, James Gill, and Mike Saint-Jules have become household names in the Big Apple, from the dark padded walls of the now-defunct National Underground to the super-clubs like Pacha and Space NY. With this stacked line-up, Eco curated a night of music that mirrored some of my earlier nights of debauchery (as well as many others), reminding all in attendance why they fell in love with the music in the first place.

Eco and friends took what would typically be a night chopped up into 1-2 hour sets from each DJ and turned it into a seamless musical journey from start to finish. The early evening started out with a progressive, moody feel under the B2B curation of Gabriel Torres and James Vs. James, which gave Cielo more of a lounge-y feel as New Yorkers filtered into the room. The early hours of the evening were special, as it seemed like those who came early came for an unspoken reunion– friends from years past, fellow local DJs all came early and eager to hear their peers play on. It was a who’s who of the local trance scene (for those who knew who to look for). Fans reveled in emotional dance house tracks like Lee Van Dowski’s “050504”, which built up its sound, layer by layer, to create the steady musical incline that the night would have. Moving from dark to light, progressive to trance, James vs. James hinted at trance with Jerome Isma-Ae’s remix of “Hide U”, pulling from both trance and a darker progressive feel.

As the night played on, the true trance came when Mike Saint-Jules shared the spotlight with Marcello, peppering his track choices with classic trance on vinyl with Eco’s modern-day masterpieces. Eco’s “Liberation” brought a light, airy feel to the room, as the music seemed to slowly but surely reach it’s pinnacle. Trance classic’s fans were elated to hear Svenson & Gielen’s “Twisted” emitting through the speakers, sending many on a nostalgic trip back to the late nights of year’s past. Tracks like Stoneface & Terminal’s “Incognition” and Nexus Asia’s “Questia” kept the crowd happy and dancing throughout the night as Eco and friends danced along.  The night moved from dark, haunting tracks, to uplifting vocals almost seamlessly, showing how talented New York’s local DJs and producers really are. If you see any of the DJs from this evening in future line-ups, its a surefire sign that that event is a must-attend! Thanks to the DJs, the dedicated fans and friends that were in attendance, and Cielo for another great night of music. 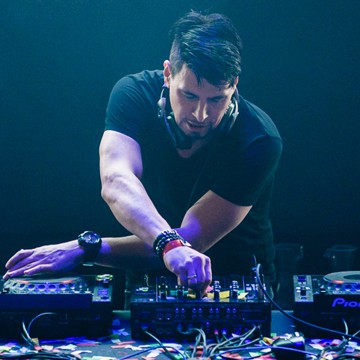