Trance fans have been buzzing over Subculture NYC since its announcement, heralding the event as one of the greatest trance line-ups New York City has seen in past years. With so many guests coming from outside of the city, it was only right that a second night of madness be included, creating a mini-festival weekend for the United States trance family. Esscala took the reigns on the weekend, curating two nights of music that would please the palate of any Subculture junkie. To kick-off the weekend, Subculture took over Cielo in the Meatpacking district, boasting a line-up featuring The Noble Six, Mark Sherry, and Standerwick. With fans pouring into the city from all around the world, and a stacked line-up of international trance DJs, the weekend was sure to be one for the record books.

The Noble Six took to the decks at Cielo to not only set the tone for the entire weekend, but for his very first show in New York City.  Little did he know that he would debut to a packed club of trance fans, eager to kick off the weekend! Despite having the opening spot, he played to an energetic house of fans ready and waiting for the night of music ahead – an ideal situation for anyone’s premier show. Although it was a bit difficult to get around the intimate main room of Cielo for most of the night, the energy and excitement in the air from everyone at the show made up for it. The entire room was dancing together as he dropped “Time”, his new single with The Neptune Project. It was clear that there would be no gradual build this evening– we were in for six solid hours of euphoric, fast-paced trance, and the crowd was ready for the ride.

Mark Sherry had no delay in keeping the energy high, immediately jumping into driving tech-trance. The crowd went crazy for favorites like his remix of the Evil ID and a remix of Gareth Emery’s “Concrete Angel” peppered with a driving kick-drum, slowly increasing in BPM and sending the crowd into pure euphoria. Other favorites played by Sherry include the Ferry Tayle Wizard Remix of Faithless’ “Insomnia” (as played on Outburst Radio 407). Sherry himself was having the time of his life, climbing the DJ booth and crowd-surfing at one point into the crowd.

After such a mind-blowing display, it seemed almost impossible to keep room at such a high, yet Standerwick got the job done. To close out the night, Standerwick burst into one of my favorite sets of the weekend, pairing his own infectious tracks like ” with true-tell favorites like Darren Porter’s “Physical Overdrive”. Keeping true to the theme of the weekend, he dropped in his remix of John O’ Callaghan and Jennifer Rene’s “Games” to keep true to the Subculture sound. With Mr. Standerwick closing out the night and the earlier DJs dancing by his side in the booth, the night set a mood of ferver and excitement for the actual event.

The pre-party at Cielo was a perfect start to an unforgettable weekend. It was great to meet so many people that shared a love for Subculture and for trance in general on the first night and know that you would see them again the next evening, creating a deeper connection than a regular club night. This party was so special because you could see the absolute elation in everyone’s eyes – from the Esscala team revelling in their success of the night,  to the artists dancing and mingling in the crowd with the fans that travelled far and wide to experience it. It’s as if everyone knew how special the weekend ahead would be!

Factor B – Into The Light 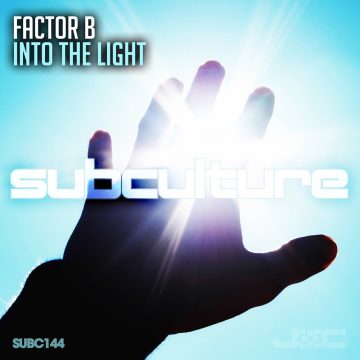