Instagram.com/VerbotenNewYork
About Verboten
Verboten is a leader in the New York underground dance music scene: booking, producing and promoting house music and techno parties at a variety of clubs, boats, festivals and music conferences. Verboten was founded by Jen Schiffer and John Perez with the goal to bring high quality production, exceptional customer service and the best international DJ talent to an eclectic crowd of discerning music fans. In 2012, Verboten was voted ‘Best Party’ in Time Out New York, ‘Best Promoter’ for Paper Magazine Nightlife Awards, and nominated for ‘Best Event Promoter’ in 2013′s International Dance Music Awards. This past summer, Verboten hosted its inaugural summer event series StageONE on the East River waterfront and is opening its eponymous new nightclub in the heart of Williamsburg in spring 2014. 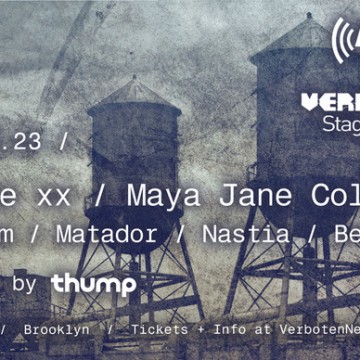