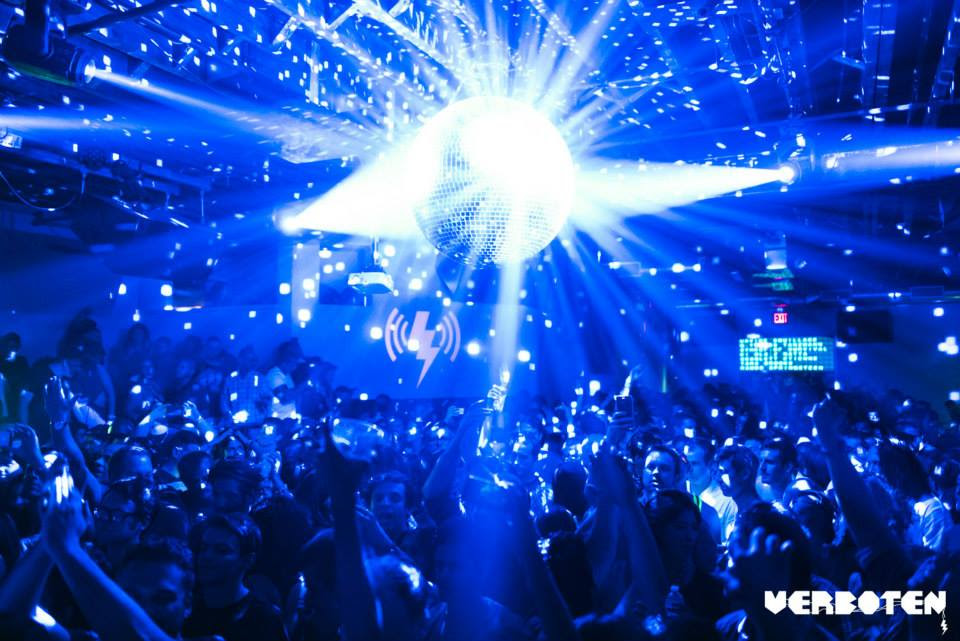 Recondite rapidly established his name after moving to Berlin and building up Plangent Records, grabbing the attention of of Scuba, who included “Backbone” in his DJ KiCKS mix and quickly put out two Recondite remixes on Hot Flush. On Acid, Recondite’s full-length debut, was delivered in 2012 via the sleek Los Angeles imprint Acid Test, garnering a great deal of positive feedback from the press and major producers alike. With a growing demand from international bookings, 2013’s Hinterland, out in on Ghostly International, continued his ongoing streak of carefully crafted output. Recondite’s new album, Iffy, is out on Innervisions in November; listen to the track “Duolo” here. 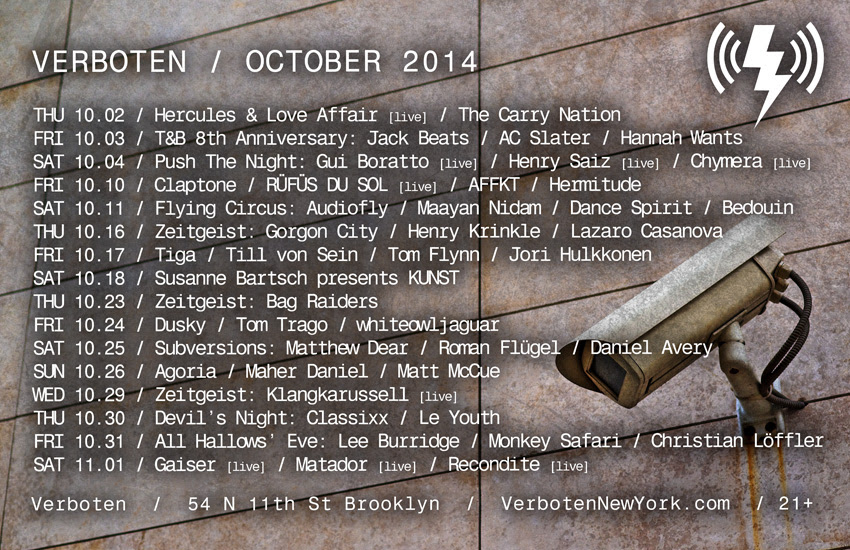 @VerbotenNewYork
About Verboten
Verboten is a leader in the New York underground dance music scene: booking, producing and promoting house music and techno parties at a variety of clubs, boats, festivals and music conferences. Verboten was founded by Jen Schiffer and John Perez with the goal to bring high quality production, exceptional customer service and the best international DJ talent to an eclectic crowd of discerning music fans. In 2012, Verboten was voted ‘Best Party’ in Time Out New York, ‘Best Promoter’ for Paper Magazine Nightlife Awards, and nominated for ‘Best Event Promoter’ in 2013′s International Dance Music Awards. In summer 2013 Verboten hosted its inaugural summer event series StageONE on the East River waterfront and it opened its eponymous new nightclub in the heart of Williamsburg in spring 2014.