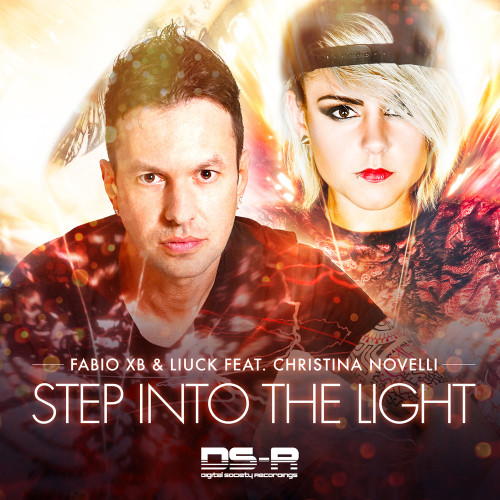 Fabio XB, Liuck & Christina Novelli: three names that need little in the way of introduction. Last February, their first group release ‘Back To You’ (“massive!” enthused Armin, “devastatingly effective” said DJ Mag and per MIXMAG “Single of the Month!”) tore up the Beatport chart, entranced DJs & floors alike and ripped peak-time to pieces.

With ‘Step Into The Light’, tonally and artistically the trio’s are back, bottling the very same kind of lightning that made their debut the all-round smash it was! Dovetailing Christina’s absorbing, thought provoking lyrics and vocals with the Italian producers’ signature melodic-come-euphoric sound, ‘Step Into The Light’ is ready to put some spring into Spring!

Pick up a copy of Step Into The Light via Beatport here: http://enhan.co/StepIntoTheLight-BP

On ‘Step Into The Light’, Christina Novelli’s inimitable, chanteuse-like voice and lyrical incision penetrates core and all corners of its astounding production. From the moving melodies and the thermal pads & chords of its intro, through to its post-break euphoric elevation, the track delivers a floor experience like few others this month! Armin van Buuren’s Future Favourite on ASOT 700, you can check ‘Step Into The Light’s official video online here:

What the DJs and the media say about Fabio XB, Liuck & Christina Novelli:

DJ Mag UK on ‘Step Into The Light’: “Following up last year’s ‘Back To You’, the XB/Liuck/Novelli collective strike gold again here. With her characteristically authentic vocals and laid-bare lyrics, Novelli’ brings ‘Step Into The Light’ a real emotional core. Over on the knobs & faders side, Fabio and Liuck similarly excel, with unashamedly uplifting track that’s spotlessly produced down to its last sonic pixel. – 8/10”

DJ Mag Italia on ‘Step Into The Light’: “Single of the Month in the March issue!!”

MIXMAG on ‘Back To You’ (Single of the Month): “Fabio the Fab gives DS-R their best to date. So much cross-the-board goodness happening on this track, it’s tough to know where to begin. Fabio & Liuck’s Original Mix production arrives pitch perfect, knowing when to engage its atomizing elec-trance fission and when to draw down and let the vocal rule. To which Novelli gives her emotions a real wring out. Proper bared soul gear, it’ll be a hard heart that’s not touched. On the remix Wach elevates ‘Back To You’ spirits with pianos and arcing, euphoric synths. Excellent release and Single of the Month.”

Betsie Larkin with Dennis Sheperd & Liuck – Driving Through The Dark