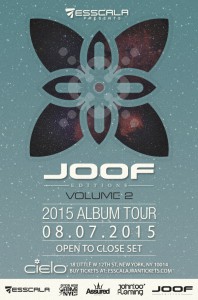 As I mentioned in my preview, Mr. John ’00’ Fleming has graced us with biyearly visits ever since Esscala reintroduced him to the city a few years ago. This has been an absolute pleasure for all of us, as every single show has been utterly fantastic. His latest venture into the Big Apple was no exception, and it made for a wonderful open-to-close outing at a packed Cielo club.

As of late, John has primarily done open-to-close sets. This reflects his ideology that trance music is about going on a “journey,” however cliche that might sound. Cliche as it may be, it’s nevertheless true. The ability to play a 6+ hour set and retain your audience’s full attention throughout is what separates DJs like Fleming from the rest. This is the true sign of a DJ who has truly honed his craft. Sure enough, John brought us another six-hour set, and our attentions were quite retained, indeed.

I arrived at the club about an hour after opening. Oddly enough, it was relatively empty; there were probably about 30 guests there at that point, most of which were huddled around the bar. Only a dozen or so were on the dance floor. John was playing an interesting style of music; it was closer to chill-out than any other genre I can think of. I have really never heard this type of music played in a club before, but I have to say it was very refreshing. The slowed-down breaks-style beats were nice and groovy, and each track was lush with warm pads and gorgeous melodies. The crowd was certainly enjoying it, and John was flashing his trademark grin the entire time.

As we closed in on midnight, the crowd started to fill in. John very suddenly broke the pace of his chill-out session by crashing in with a Guy J track, which packed the dance floor instantaneously. I truly do mean instantaneously; the dance floor went from about fifteen patrons to 100% filled in a matter of 30 seconds. I haven’t seen anything like it before. The crowd ate it up, and by midnight the journey was fully underway. Soon after came my personal highlight of the night: Bedrock’s “Heaven Scent.” He dropped this one back in February, as well, and I think he realizes how much that track means to the NYC crowd. For us, it defines the idea of progressive trance, and there is a profound connection between the crowd and the DJ each time he drops it.

John kept his set rather deep for a majority of the night, only beginning to pick it up with some techno in the wee hours of the morning. Despite not being labeled a “deep set” as his last one in February was, it was quite similar in style. He did touch upon all of his usual genres, but even the psytrance he played was notably deep up until the very end. I think he’s come to find that NYC’s preferences are a bit different, and in true DJ fashion he has adapted his style for the shows he plays here. As a direct result of his stellar ability to connect with the crowd, he was able to keep the room packed until the very last track. Normally the crowd is significantly thinner by this time, but on this night it was far less noticeable.

A high-quality combination of brand-new tunes and old favorites kept the club thriving throughout the night. The 11 minute journey of Airwave’s “Tigris and Euphrates” was another big moment of the night, with a substantial portion of the crowd immediately reacting to its distinct bassline and melody. Truthfully, there were countless moments like these throughout the night, and every patron left the club impressed. John ’00’ Fleming and Esscala delivered another award-winning night for NYC club-goers. Cielo, as usual, lived up to its reputation as the best club in Manhattan. I do wish we could get John back for a night that goes until six or later, but it’s hard to complain when he delivers such a fantastic performance every time.

Walking out the door at 4 a.m. was bittersweet. There was a John-like grin on everyone’s face, but it was easy to tell that we were all yearning for more. Rest assured, however, that we’ll all be seeing him again very soon.