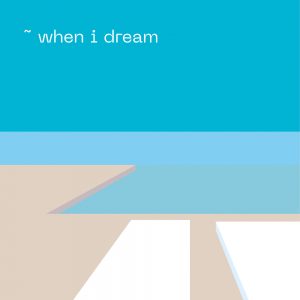 Initially written for his own lockdown-relieving fulfilment, this month ‘island’s music collection becomes something for everyone. An album for those who have to dream or recall, rather than first-hand-experience that place between sea and sky this year.

Prefacing its full release, its first single ‘When I Dream’ arrives today. The track – a confection of Ibizan inspirations – came to Solarstone, whilst he was mentally picturing past and future trips to the White Isle.

Closer ears will hear understated nods to Balearic classics throughout (N&K’s ‘Beachball’, Jaco’s ‘Show Some Love’ and even Solarstone’s own ‘Seven Cities’ among them). Its most clear and present influence however (a sample in fact) is paradoxically the track’s least evident.

Never envisaging a release for the production (chronologically it was the first that came into being), Solarstone took stock from ‘Virtual Reality’ by cult musical provocateur/arch avant-garde-ist Momus. As the track pile that ultimately became ‘island’ started to mount, Richard spotted a rather large hurdle ahead for ‘When I Dream’… In his 40-year career, Momus had yet to OK the use of a sample.

Never faint of heart however, Rich outreached, made contact and managed to secure ‘When I Dream’ an airing with Momus. That those samples appear unaltered in its opening minutes say all that’s necessary as to what transpired.

In title & tone ‘When I Dream’ (and indeed Momus’s ‘Virtual Reality’) embody the theme of the album at large: the imagined, recollected and mentally visualised island trip. You can find the Club & Extended versions of the single on all good streaming & sales platforms from today (https://solarstone.complete.me/dream). Solarstone’s full 10-track evocation of the first 24 hours upon Isla Blanca is available from September 18th and can be pre-ordered here (https://solarstone.complete.me/island).